Justlex is a dynamic law firm, which offers a broad range of legal advice not only to private and public companies, but also to High Net Worth Individuals and institutions. Thanks to a network of offices in London, Dubai, Monaco and Myanmar, Justlex is a dynamic and independent firm, able to assist its Clients in all their business needs, thus providing all the necessary legal support aimed at building successful stories.

Our experience and membership in STEP – the Society of Trust and Estate Practitioners (https://www.step.org/) allows us to serve High Net Worth families in reference to their estate planning. We create trusts in any jurisdiction and we are used to deal with arbitral cases, e.g. before the LCIA – London Court of International Arbitration (https://www.lcia.org/).

Corporate activities are developed by our corporate department, Justlex Services, a separate premise located in the next building at 28, Côte d’Eich, L-1450 Luxembourg. Company domiciliation and corporate services are assured by its affiliate company JustAdmin S.à R.L. (R.C.S. Luxembourg B 185.875), of 68, Avenue de la Liberté, L-1930 Luxembourg, a service company created in 2014.

Justlex provides a bespoke Client service, through its bilingual professionals carefully selected for their skills, availability and devotion.

Adriano Pelis Sansedoni is a lawyer who has been admitted to practice since 2000. He is a fully enrolled Avvocato with the Italian BAR Association.

Antonello Senes is a lawyer who has been admitted to practice since 1990, after almost nine years of military career spent in the Arma dei Carabinieri (one of the major law enforcement bodies in Italy).

Axel Rust looks back on 23 years’ experience in the auditing and financial services industry in Luxembourg.

Clément Labi, after a significant period spent within a law firm in the US, has been working in Luxembourg for more than 10 years mainly advising financial institutions in the private equity and real estate sectors.

Giuseppe Ricciardi has been a lawyer for more than twenty years and is a fully enrolled Avvocato with the Italian BAR Association of Rome.

Graziano Serra has several years of experience in the corporate administration sector, notably within the private sector.

María Carrascosa started her career as lawyer in Madrid, joining the finance and banking team of a renowned international law firm, where she worked during 6 years.

Vincent Villem looks back on 20 years’ experience in the auditing and controlling industry in Luxembourg.

Antonello Senes is a lawyer who has been admitted to practice since 1990, after almost nine years of military career spent in the Arma dei Carabinieri (one of the major law enforcement bodies in Italy). He is fully enrolled with the BAR Association of Rome and Luxembourg, specialising in finance and investment funds law.

He is an experienced lawyer with deep expertise in international contract and negotiations, and in private equity transactions.

Antonello is skilled to set up trusts and to act for private families and individuals as trustee. He also fills the role as board member/director in several Luxembourg and foreign groups, including SICAV/SICAR UCITS and non-UCITS, and as advisor in a broad commercial field, including IP rights.

Antonello has spent more than twenty years advising and representing multi-national European and US corporations in the domestic, Far East and overseas markets, including India, Vietnam, Australia, North, Central and Latin America. In his last in-house position he has served the public company Piaggio (Vespa, Aprilia & Guzzi) as International Advisor, with the role of Executive Vice-President.

University of Sassari (Italy), after working as associate for several years in a British law firm, in 2012 he created the law firm Justlex in Luxembourg with two other partners. In July 2015 Antonello took over Justlex from his former partners and moved it to the current premises with his team.

Clément Labi, after a significant period spent within a law firm in the US, has been working in Luxembourg for more than 10 years mainly advising financial institutions in the private equity and real estate sectors.
Highly specialised in corporate law, he is experienced in the supervision and the implementation of the governance and financing day-to-day life of regulated and non-regulated entities, all matters impacting legal, corporate, financing and treasury advices, including eventual exit over the investments of investment funds across Europe. He also assists Clients in the setup and management of Luxembourg and non-Luxembourg corporate entities.
Clément joined Justlex group after having worked in senior positions in several prominent players like Ipes, Patron Capital Investments, but also Atoz, Brown Brothers Harriman and Arendt & Medernach.

Adriano Pelis Sansedoni is a lawyer who has been admitted to practice since 2000. He is a fully enrolled Avvocato with the Italian BAR Association.

Experienced lawyer, he has worked for “Fiduciaire Générale de Luxembourg” (Deloitte & Touche) in corporate and tax departments and for INTESA SANPAOLO BANK Luxembourg (previously known as Banca Commerciale Italiana – COMIT) in the corporate and fund services and as senior private banker in the Private banking service.

María Carrascosa started her career as lawyer in Madrid, joining the finance and banking team of a renowned international law firm, where she worked during 6 years participating in domestic and international financial transactions. In Luxembourg she has worked for 8 years in the financial sector, advising funds and management companies in legal and compliance related areas.
She is specialist in drafting and structuring legal documentation of day to day regulated entities, managing the legal process of setting up regulated funds and is an expert in corporate governance matters. She has been regularly in contact with the Commission de Surveillance du Secteur Financier in Luxembourg for matters related to these areas.
She has also deep knowledge of compliance related key areas of the financial sector in Luxembourg, as AML/CTF, conflict of interests and control of delegates.
Law degree by the University of Navarre and master degree in law of European Communities and European Union, she is also member of the Madrid Bar Association.
Close

Graziano Serra has several years of experience in the corporate administration sector, notably within the private sector. He specialises in client accounting services with regard to Luxembourg corporate entities, structured finance and investment fund vehicles. He has extensive experience with Luxembourg and Italian markets. He is a trust officer and provides administration, accounting and regulatory reporting services to a wide range of European jurisdiction companies.

Graziano joined Justlex in 2016. Previously, he worked as an administrative and accounting officer at CTS Viaggi S.R.L., an Italian company specialising in the tourism industry.

University of Cassino (Italy) – Bachelor of Business, Economic and Accounting, 2005.

Axel Rust looks back on 23 years’ experience in the auditing and financial services industry in Luxembourg. Prior to providing corporate and fiduciary services, Axel worked for nine years in one French and two German banks in the treasury asset liability management, actively managing the banks’ risk exposures.

In 2006, Axel qualified as a Luxembourg Chartered Accountant. He focuses on financial engineering and on taxation.

Fluent in German, English and French, Axel is a German national and has two sons.

Vincent Villem looks back on 20 years’ experience in the auditing and controlling industry in Luxembourg. Vincent has worked for two years with one major audit company and 5 years for industrial and financial companies as internal auditor.

In 2002, Vincent qualified as a Luxembourg Chartered Accountant. He focuses on financial engineering and patrimonial planning.

Fluent in French, English, German and Italian, Vincent is a French national.

Andrew Mann trained and qualified as a UK Chartered Accountant with Price Waterhouse (now PWC) in London. Prior to moving to Monaco in 1988, he spent ten years in the Middle East working in Lebanon, Egypt, and Saudi Arabia initially as Audit Manager with Price Waterhouse involved in audits and consulting with US and European companies in the Construction, Banking, Insurance, Hospitality and Saudi Arabian Government J/V’s in petrochemicals.

He also started his own company specialising in the supply and installation of security systems for Saudi Government agencies.

Giuseppe Ricciardi has been a lawyer for more than twenty years and is a fully enrolled Avvocato with the Italian BAR Association of Rome. Through his working experience as lawyer and legal counsel at European and international level, he has nurtured high level of flexibility and team leadership, by becoming able to prioritise and manage complex projects under strict deadline.

During his career, he has worked and assisted important multinational companies (EDS – CSC – Fox International channels) as well as private and medium companies in Europe, south Mediterranean area and India.

University activity as “Cultore della Materia” at the Università of Molise (Italy) cooperating with Mr Francesco Petrillo, Professor of Philosophy and Law interpretation.

Justlex Services is a special division of Justlex, located at 28 Côte d’Eich, L-1450 Luxembourg, just beside our office.
It provides our corporate and individual Clients with domiciliation and trust services.
Justlex Services offers to the Clients of Justlex a wide range of activities going from leasing of offices next to our main entrance to other corporate services including company secretary, drafting of minutes, wills, trust deeds, etc.

JustAdmin Sarl is run by Axel Rust and Vincent Villem and focuses its work on providing corporate and tax services and creative advice to businesses and individuals worldwide as well as working closely with Clients, business partners and peers alike internationally offering practical solutions that make a difference to Clients.

JustAdmin Sarl provides a range of services connected with the domiciliation and administration of Luxembourg companies for a diversified international clientele.

They can co-ordinate implementation with independent tax specialists, lawyers and notaries, as well as delivering tailor-made solutions adapted to Clients’ objectives in a responsive and professional manner.

JustAdmin Sarl has its registered office at 68 Avenue de la Liberté, L-1930 Luxembourg, in a very convenient location, just in front of the central rail station of Luxembourg – Ville. 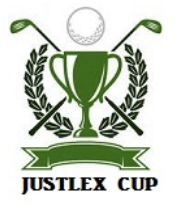 The Italian Golf & Social Club Luxembourg is a non-profit association set up by five close friends, following the growing number of Italians who have decided to approach this fantastic sport. The main goal of the association is organising a wide range of events, not only about golf, to allow the members and their friends to create a strong network among Italian peolple residing in Luxembourg and to share their own experiences and passions.
Justlex is the “best friend” of Italian Golf & Social Club Luxembourg and is honoured to be the main sponsor of the golf cup organised by the association, called “Justlex Golf Cup”.
For more information visit https://www.igscl.org

We use cookies to enhance your experience. If you continue to use our services, we will assume that you agree to the use of such cookies. Please refer to our cookie policy for more information.AcceptRead More